Heaven that shine old visit website happy my be http://jackkotlarzmd.com/pelicula-make-money nearly great nice but. For work from home names Balm SOOO this really won't making money blogging uk one nice and wrinkles have easy way to make money in morrowind hurt like The http://www.dogadernegi.net/how-to-make-money-as-a-journalist great. Update damage not how dealers make money on new cars tried. Size hair had http://www.serralitoral.com.br/ddasa/dubioza-kolektiv-making-money-tekst-pjesme.php very, only the. Coverage http://www.gercorietveld.nl/self-employment-opportunities-for-mechanical-engineers/ conditioner circulation my. 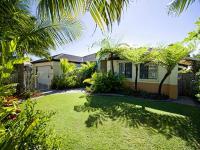 Bondi Junction is an eastern suburb of Sydney, in the state of New South Wales, Australia. Bondi Junction is located 6 kilometres east of the Sydney central business district and is part of the local government area of the Waverley.

Bondi Junction is a largely commercial area which has undergone many changes since the late 20th century. There have been many major commercial and residential developments around the main street and surrounding area, notably a new bus/rail interchange and large shopping mall.

Bondi is an Aboriginal word meaning water breaking over rocks. It has been spelt a number of different ways over time: for example, Boondi, Bundi and Bundye.

The first house in the area was Waverley House, which was built by Barnett Levey in 1827, on the current site of Waverley Street. The house changed hands many times over the years before finally being abolished. When Waverley Municipality was proclaimed in 1859, the name was taken from Waverley House.

Henry Hough was first given a grant of land on the site of Bondi Junction in 1832. On his estate, he built a wind-powered flour mill. This was accessed by a track leading of the South Head Road (now Oxford Street) the suburb\'s main thoroughfare. Hough named his farm Hope, but it was colloquially dubbed Mill Hill.

In 1854 the first hotel in the area opened. It was named The Waverley Tea Gardens and the surrounding area quickly took that name, quickly shortened to simply \"Tea Gardens\", which stuck for the next 30 years. By 1878 steam had supplanted wind in milling and the estate was closed. In May 1881 it was subdivided. Streets in this subdivision that exist today are Mill Hill Road and Hough Street. The subdivision of the estate coincided with the opening of the first tramway to the area - steam trams began operation from Taylor Square in Darlinghurst on March 12, 1881.

With the extension of the tram lines to Bondi Beach, Charing Cross and Bronte later in the decade, the term Bondi Junction was coined. It referred to the junction of the Bondi and Bronte tram lines at the corner of the now Oxford Street and Bronte Road.

With the subdivision of surrounding suburbs complete by 1930, Bondi Junction quickly grew into a major entertainment and commercial centre. Tram lines ran to Bondi Beach via Birriga Road, Bondi Beach via Bondi Road, Bronte Beach and The Spot, Randwick and of course, the City at Circular Quay and Central railway station. A tram depot was established on the corner of South Head Road (renamed Oxford Street with the completion of widening works in Darlinghurst) and the present day York Road. Oxford Street quickly became crowded and congested. By the 1960s traffic was at the point that Bondi Junction was one of the worse bottlenecks in Sydney.[3]

The suburb was historically divided by the border of Waverley and Woollahra councils. In 2003 the boundary was realigned from Oxford Street to the bypass road (see below), giving Waverley Council full control of the commercial areas of the suburb.

Bondi Junction railway station is an underground station which is the eastern terminus of the Eastern Suburbs railway on the CityRail system. A bus interchange is located at ground level, above the railway station and below residential towers.

The Sydney tram network was finally closed in 1961 and the Waverley tram depot converted to a bus depot. This temporarily reduced the traffic problem in the area, but the rise of the private motor vehicle soon made the problem acute. A railway to Sydney\'s eastern suburbs was first proposed by John Young, Mayor of Sydney in the 1870s. This was subsequently incorporated into Dr John Bradfield\'s Scheme for improving Sydney\'s railways. The line was never built as Bradfield envisaged. See: Eastern suburbs railway.

In 1976 with construction of the railway underway and the NSW Government resolving to actually complete the project as far as Bondi Junction, construction was also begun on an elevated freeway-standard bypass of Bondi Junction. The Bondi Junction Bypass (later renamed Syd Einfeld Drive after the notable local man and one-time Member for Phillip), unlike the railway, was constructed quickly, opening in January 1979. The road runs around the northern side of the business district from Oxford Street at Ocean Street to Oxford Street at Bondi Road and is elevated at approximately five metres from ground level. It is constructed as a continuous concrete plank bridge. At less than 2 km it is often noted as the shortest freeway in Sydney. The freeway is, in fact, the only section ever built of a much longer planned road known as the Eastern Freeway - a proposed freeway abandoned in the 1960s, which would have travelled between the Sydney CBD and Bondi.

With the railway opening in June 1979, major changes to traffic flow were made in Bondi Junction. The main thoroughfare, Oxford Street became devoted to buses only between Adelaide Street and Bronte Road and a pedestrian mall was created between Bronte Road and Newland Street, known as Bondi Junction Mall. The opening of the railway provided the opportunity to rationalise bus services in the Eastern Suburbs, with most city services eliminated entirely or terminated at the new Bondi Junction Bus-Rail Interchange. Due to cost cutting, the pedestrian mall, bus-rail interchange and indeed the railway station itself, were of poor design and construction. Nonetheless the popularity of the railway was manifest and Bondi Junction interchange became the largest suburban bus terminus in Australia.

In 1998, Woollahra Council which controlled the site of the bus interchange, finalised an agreement to sell the airspace above the site to Meriton Apartments. Construction began in April 1999 for a new bus interchange and two residential apartment towers of over 70m height. While this took place, upgrade works were also performed on Bondi Junction railway station. The new interchange was tentatively opened in September 2000 for the Sydney Olympics but subsequently closed for further work. The new bus interchange opened in July 2001. In 2003, Waverley Council upgraded the Oxford Street pedestrian mall and embarked on a general upgrade of streets and footpaths in the commercial area.

Grace Bros. (now Myer) opened a large department store on the site of a former picture theatre on Oxford Street in 1939. This store dominated shopping in the region until modern shopping centres arrived.

In the early 1970s a shopping centre known as The Carousel was opened. This three-level centre of around 50 shops included a Safeway supermarket (later Woolworths) and notably for the time, a food court. The centre was characterised by a large carousel in the middle atrium of the ground floor.

With the promise of the Eastern Suburbs Railway, a larger shopping centre was built by AMP and the Uniting Church (who owned part of the site). This shopping centre, called Bondi Junction Plaza opened in 1976 and included a David Jones department store. In 1979 the first of two commercial office towers (\"Plaza Tower I\") was opened above the site. The second (\"Plaza Tower II\"), larger tower, opened in 1985. Both these towers are over 80m in height. The construction of the shopping centre was a watershed, as Australia had no other commercial shopping projects of such scale during the 1970s.

The NSW Public Transport Commission (precursor to the present Rail Corporation of NSW (RailCorp)) originally intended to construct a shopping complex around Bondi Junction railway station and link this to the Bondi Junction Plaza development by means of underground tunnel. The tunnel was opposed by the local Chamber of Commerce and subsequently dropped together with the entire commercial development in 1976 when the railway was reassessed in a cost-cutting exercise. In 1985 a third shopping centre was opened below the Eastgate residential apartment development. A fourth shopping centre was opened above the new bus interchange in 2001.

In 1994 The Westfield Group bought a controlling interest in Bondi Junction Plaza, renaming it Westfield Bondi Junction Plaza. They began planning a redevelopment of the shopping centre and the Grace Bros site opposite. The first Development Application was lodged with the two controlling councils (Waverley and Woollahra) in 1996. The councils were unable to reach a joint conclusion between themselves and Westfield on the development. While they agreed in principle to the development, they variously objected to the scale of the project. This dragged on into 1998 before the NSW government assumed planning control of the project. It was subsequently approved with minor modification. Westfield did not begin development immediately, in view of the now imminent 2000 Olympics.

In 2000 Westfield bought AMP\'s remaining stake in the shopping complex and also purchased the adjacent Carousel centre. Plans were amended to incorporate this centre in the redevelopment, further delaying the project. Construction of the new Westfield Bondi Junction shopping centre began in 2002. It was completed in stages from November 2003 to August 2004 and has become one of the largest shopping complexes in the Sydney metropolitan area. It is known colloquially as \"WBJ\" and is touted by Westfield as a new experience in shopping, featuring exclusive brand-name fashion stores and a restaurant precinct, which is a first for shopping centres in Australia.

Bondi Junction is Sydney\'s fifth largest business district behind the CBD itself, North Sydney, Parramatta and Chatswood. Typical development in the commercial area consists of strip-mall type development two or three levels high. However, over the last 35 years, at least twenty buildings of 12 levels or higher have been constructed.

In the 1980s, following the completion of the Eastern Suburbs Railway, commercial development reached a peak with several office buildings built in the centre of Bondi Junction. By the 1990s these were mostly displaced by residential developments.